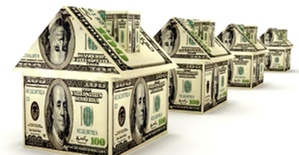 Your home is your biggest investment. It’s probably your largest purchase, ever, and you want to keep it strong and safe for a really long time, right? So you’re probably already aware of that crack going through your living room ceiling…and wondering what to do about it. But before I give you a solution (and don’t worry, I will), it’s important to know what caused that crack in the first place.
All structures are susceptible to movement as they age. With movement often comes cracking, so cracks aren’t automatically a cause for concern. Sometimes, they’re just a sign of old age, like the wrinkles that developed in your parents’ faces as you grew up and they grew older. But sometimes, cracks are a symptom of another factor at play, which can be a cause for concern. If, after reading this article, you’re still unsure whether your cracks are minor or structural, contact a foundation specialist who can give you better clarity.
A number of factors other than age can cause your ceiling to crack. Heavy moisture, from large storms, improper roof drainage or a plumbing leak from the floor above, is probably the most common culprit of cracked ceilings. A combination of moisture and temperature fluctuations could also lead to the cracking, as could damaged joists or support beams, too much weight from the floor above, or, (cue scary music)…foundation issues. And while each of these problems can be repaired, your cost to do so will probably be much lower if you do it today instead of next year.


To better understand your home’s situation, let’s go outside. Look up at your roofline. Does it sag? Now look at your foundation and exterior walls. Are they cracked? Are there gaps between your bricks and windows, or are bricks leaning away from garage doors or chimneys? Any one of these signs can be symptoms of a failing foundation, and you might want to consider calling a foundation expert to inspect it further.


Now that we’ve visually inspected your home’s exterior, let’s check out the inside. Do your ceiling cracks follow a spiderweb pattern? These cracks are usually a sign of age, but if they’re wider than 1/16th of an inch, they could be more of a structural concern than an aesthetic one. In general, it’s a good idea to follow the 1/16th of an inch width guideline for all the cracks in your home. Do your cracks seem to occur around the edges of your ceiling, or do they go through the middle of it? Cracks that occur near the edges of your ceiling are not usually an issue for concern, but those that cut through the middle of your ceiling are likely structural, and will require repair. Do your ceiling cracks run along the length of the ceiling, continuing down a wall along the same line? Is there a bow or dip that accompanies your cracks? These are both indicators of structural damage. If a bow accompanies your cracks, it’s probably because the joists that are meant to hold up to the weight of your home and remain level have weakened, and gravity is pulling your ceiling down; this is a serious structural issue and you should take action immediately to fix it. Do you have an attic? Let’s go up there next, but I’m warning you that you might get dirty. Inspect the underside of your roof sheeting, ceiling joists (you might have to pull insulation out of the way – use gloves! that stuff is itchy!), drywall, and inside the soffit or fascia area. Look for water stains and rotting wood, which will indicate a water drainage problem. You might want to push a screwdriver into any area that you suspect could be rotten; if the material is soft, it’s probably rotted out and needs to be replaced.

Ok, so now you have a better idea of what caused your home’s cracks and the severity of them (hopefully). But what do you do about them? Well, if your cracks are a result of water damage, you should call an expert to repair it (but I probably didn’t need to tell you that). If they’re structural, you should probably still call an expert, but there’s actually a lot that you can do yourself. Inject your cracks with an epoxy or urethane material to seal them (but keep in mind that if they’re structural cracks, sealing them only acts as a bandaid and doesn’t actually solve the problem or prevent more cracking in the future). Reinforce your ceiling’s beams by applying  carbon fiber straps in a criss-cross pattern across the entire ceiling slab, and paint over it to minimize the appearance. Cracked or sagging beams in your attic or basement can also be strengthened by wrapping carbon fiber around them. StrongHold™’s carbon fiber is 10 times stronger than steel and completely maintenance-free, so you can fix it and forget about it.
Want more information about StrongHold™’s carbon fiber, or ready to place an order? Email us at info@hj3.com or call us at 520-322-0010.
Tags: ceiling crack, cracked ceiling